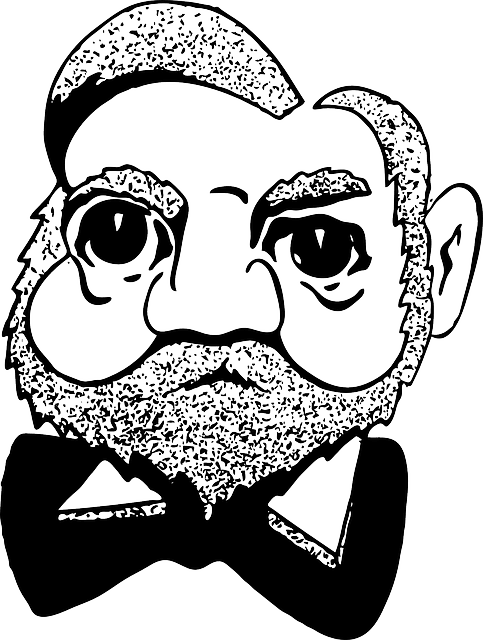 18th April 2021 All About That Money Leave a comment

In this post we will be looking at inspirational people you can learn from. Andrew Carnegie was a Scottish-American businessman who was one of the richest people to have ever lived. He also became a great philanthropist. We will look at his story and the lessons we can all learn from inspirational people like him to help achieve our own success.

You should also read these quotes about success in life from other inspirational people.

Who Was Andrew Carnegie And Why Was He Inspirational?

Andrew Carnegie was the son of a hand loom weaver, born in 1835 in Dunfermline, Scotland. The Carnegie family made the decision to move to the US in 1848 in search of better fortunes, settling in Pittsburgh.

Andrew’s father found work in a cotton factory and soon managed to secure him a job. It was here aged 13 that he became a bobbin boy, earning $1.20 per week. He managed to get hired by another manufacturer soon after for $2 per week.

Although the work was extremely hard he was determined to not give up, knowing something good would eventually come from it. As he quotes in his autobiography ‘My hopes were high, and I looked every day for some change to take place. What it was to be I knew not, but that it would come I felt certain if I kept on’.

One day his change came. His employer had no clerk and needed to write out some bills and asked Andrew to give him a sample of his writing. Realising he was also good with numbers, Andrew soon began to help keep the company accounts, even enrolling in night school to learn double entry bookkeeping.

Soon a friend of his uncle asked if he knew anybody that could work as a messenger at the telegraph office and so put Andrew forward for this position. The job would entail running messages by foot all over Pittsburgh for $2.50 per week.

Even though he was young, small and didn’t know the area well he went along to the telegraph office hoping to secure a trial. When the interviewer asked when he could start he replied that he could start right at that moment. This is a good point he makes about seizing opportunities when they arise. ‘It is a great mistake not to seize the opportunity’.

It was during this time that one of the wealthy clients he ran messages for would open up his own personal library of books for boys to take out and read once per week. This was something the young Carnegie took full advantage of. He would keep his book with him at all times and ensure any free break times from work were used for reading. He found inspiration through his books. This is a common theme among highly successful people.

>>> Books To Read For Financial Success

After a year of working for the telegraph office and now earning $11.25 per month, he began to be occasionally selected to look after the office for small amounts of time in the absence of the manager. His work didn’t go unnoticed and he was given a raise to $13.50.

Up until this point his entire wages were pooled together with that of his parents in order to pay the family’s upkeep. Now for the first time he had extra money he was able to save for himself. This gave him great enthusiasm for a brighter future, discussing with his younger brother how one day they would go into business together.

At work he soon progressed further to operating the telegraph machines for $25 per month. Now at age 18 he had moved onto working as a clerk for the Pennsylvania Railroad. By 1855 his father had died, leaving Andrew as the main breadwinner in the family.

Getting Started In Business

It was around this time that his boss at the railroad offered him an opportunity to buy stocks for $500. In order to take advantage of this opportunity, his mother took out a loan against their home. He would now begin to earn monthly dividends on these stocks. This was his first passive income stream, and was in addition to his growing wages.

Working for the Pennsylvania railroad brought him into contact with many important people. One of which was T.T Woodruff, the inventor of the railroad sleeping car. After showing him models of his designs, he asked Carnegie to become a partner in this new and exciting business venture. Carnegie was to own an eighth of the new company. To fund his part towards the cost of production he had to take out a small loan. That loan was soon repaid as the sleeping-car business proved to be a big success.

Moving On Up In The World

Now starting to become a little more affluent he would move the family to a new home in the countryside where he would rub shoulders with more wealthy neighbours. When being invited around to their houses he would make a keen point of listening carefully to their conversations. He was well aware he was learning something new every time he spoke to these wealthy and successful families. It was a way of building greater future business connections.

In the period after the US civil war he started to take notice that iron rails were in short supply and so set up an iron rail factory with help from other financial partners. He soon started to notice the opportunities for the future manufacturing purposes of iron and expanded into iron bridge building.

With the business connections he had started to build up he was now being invited to take part in the purchase of oil wells during the early oil boom which proved to be profitable. Carnegie was always looking to technological advancements in the manufacturing processes. Continually innovating and expanding his plants and keeping his production more efficient and cost effective than the competition.

They began to buy out other companies and mines that supplied all the raw materials required in the iron production process. He brought the entire operations in house, reducing production costs by a large margin. By 1886, seeing that steel rather than iron was the building material of the future he re-focused into steel production on a large scale.

Making History And Becoming An Inspiration

In 1901, the now 66 year old Carnegie was considering retirement. He agreed the sale of his entire company to J.P Morgan for $480 million. Equivalent of around 2% of the US GDP at that time. Carnegie being the largest shareholder received about $225 million of this.

At his wealthiest it is estimated that Andrew Carnegie had a personal fortune of about $380 million. (Over $300 billion today when adjusted for inflation). To put that into context. At the time of writing this post, other inspirational people like Jeff Bezos is worth around $197 billion. Elon Musk around $180 billion. After his retirement he made a pledge to give away most of his fortune to good causes. And so began founding libraries and universities. Andrew Carnegie quotes ‘the man who dies thus rich dies disgraced’.

Lessons We Can Learn From Inspirational People

Carnegie’s life is one of the ultimate rags to riches stories. Going from earning a mere $1.20 per week to a $300 billion fortune. Becoming one of the most inspirational people in this process. There are many of his qualities we can observe and repeat for ourselves. He always kept a hopeful, positive attitude. Even during the hardest days doing tough manual labour he had the confidence in himself that if he continued to keep working hard and pressing on then opportunities would arise.

You must also ensure you never give up. No matter how hard your latest venture is you must persist to see real results. He placed emphasis on seizing opportunities when they arose. If somebody offers you a new opportunity it is best to grasp it straightaway. It could lead to great things such as his own experience of the work trial at the telegraph office.

He valued reading and self-improvement, something all successful and inspirational people have in common. We have a page dedicated to some of the best books you need to read for self-improvement and achieving financial success.

>>> Books To Read For Financial Success

Andrew Carnegie wrote his own autobiography detailing his life and business ventures. You can find the Andrew Carnegie biography along with books from other inspirational people here.

Taking Control Of Your Life

We should take advice and learn from inspirational people like Andrew Carnegie. He wanted to be in charge of his own destiny by being in control of his companies. Andrew Carnegie quotes – ‘A man must necessarily occupy a narrow field who is at the beck and call of others. Even if he becomes president of a great corporation he is hardly his own master, unless he hold control of the stock.’

These days thanks to the Internet we now have more opportunities available to us than ever before. So no matter your current situation, you have the ability to change your future for the better.

Start to take full control of your life. If you wish to be fully independent, start making money online working for yourself then you can take action today. Take advantage of some of the many business opportunities that are available such as affiliate marketing.

You can find more essential reading on our blog including;

Please join our newsletter to ensure you keep updated with all our latest content.